“In the Carboniferous Epoch we were promised abundance for all,
By robbing selected Peter to pay for collective Paul;
But, though we had plenty of money, there was nothing to buy,
And the Gods of the Copybook Headings said: ‘If you don’t work you die.’”

— Rudyard Kipling
“The Gods of the Copybook Headings”

IN OUR EFFORTS to string together a continuous run of leisure, success and happiness, life gets in the way. A conservative might say we get “mugged by reality.” A liberal gets “woke,” although that may be less a revelation than it is a call for socio-political rectification.

The point is that events, facts, people, can hit us in ways that change our self-plotted trajectory. In my case, in my profession, this often takes the form of charts and tables. Three such “wokes” came across my desk this holiday weekend, each applicable to Indiana’s well-being. 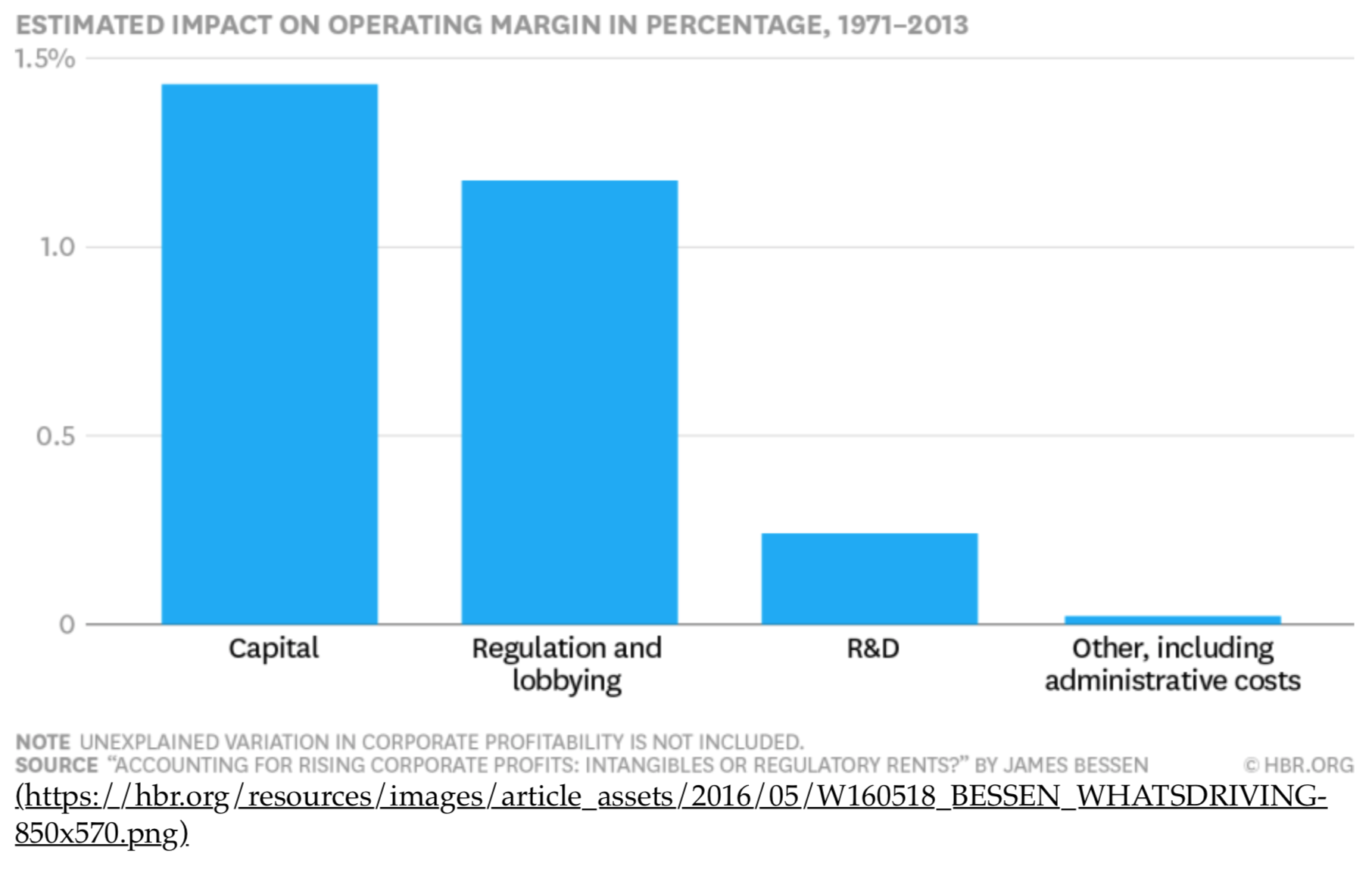 THE FIRST CHART should give pause to the thought that subsidized, rebated and bonded downtown “development” is necessary regardless of expense. Economic growth, it turns out, is more than bright, shiny new buildings and manicured river greenways. It is even more than expending or dedicating tax dollars. (1)

It is the type of financing that matters. The question should be what drives an organization’s profits. Those communities that have chosen a system keeping government out of the way and allowing private capital to be freely raised on the strength of ideas, products, services and market demand, have chosen wisely. Only a productive society can thrive.

Conversely, it should be self-evidently foolish for a city to pin its hopes on widely-held corporations that depend for their profits on the quick and the clever to manipulate government (regulation and lobbying). For as the lady said, sooner or later you run out of other people’s money. Your city will be left in the hands of an unaccountable group of insiders, “crony capitalists” being only the nicest way to describe them.

As it stands now, Indiana’s regional quasi-official economic “development” agencies, popular though they may be at the Statehouse, are the beginnings of what will become political machines usurping local democratic authority. We have been warned. 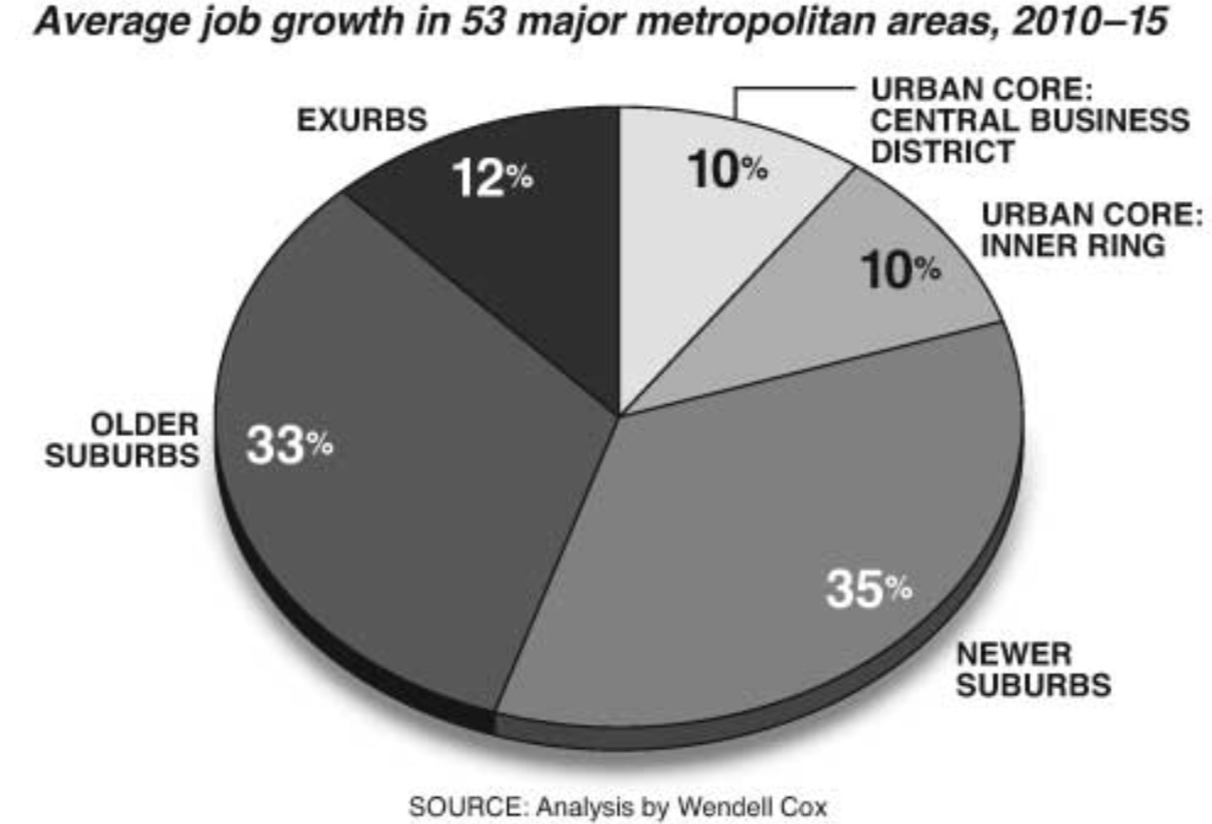 A SECOND CHART shows that investors and businesses avoid central cities where unconstrained regulation and taxation invite inside dealing, encouraging the government rather than the market to designate winners and losers.

Dr. Sam Staley, an urban affairs analyst and scholar of the foundation, predicted this more than two decades ago in a Fort Wayne seminar. He advised Indiana community leaders to leave downtown to market forces and focus instead on collaborative efforts to fight crime and reform public education.

He said cities were spreading out, like it or not, and there wouldn’t be any more New Yorks or Chicagos. Renovated downtowns might attract wealthy singles and DINKs (Dual Income, No Kids) but they will be offset by a trapped, nonworking underclass. The successful city, Staley said, will be built on a tax base of boring, traditional, middle-class families regardless of ethnicity.

Indiana mayors, Republican and Democrat, ignored that advice, dumping the treasure of a generation into an endless series of downtown renovation projects. That was done even though 70 percent of millennials already live outside core-city counties.

Joel Kotkin and Wendell Cox, writing in City Journal, now say that if the flight of moderate, middle-income homeowners  continues, urban centers will be at best “sandboxes for a progressive political class,” hugely expensive ones. (2) 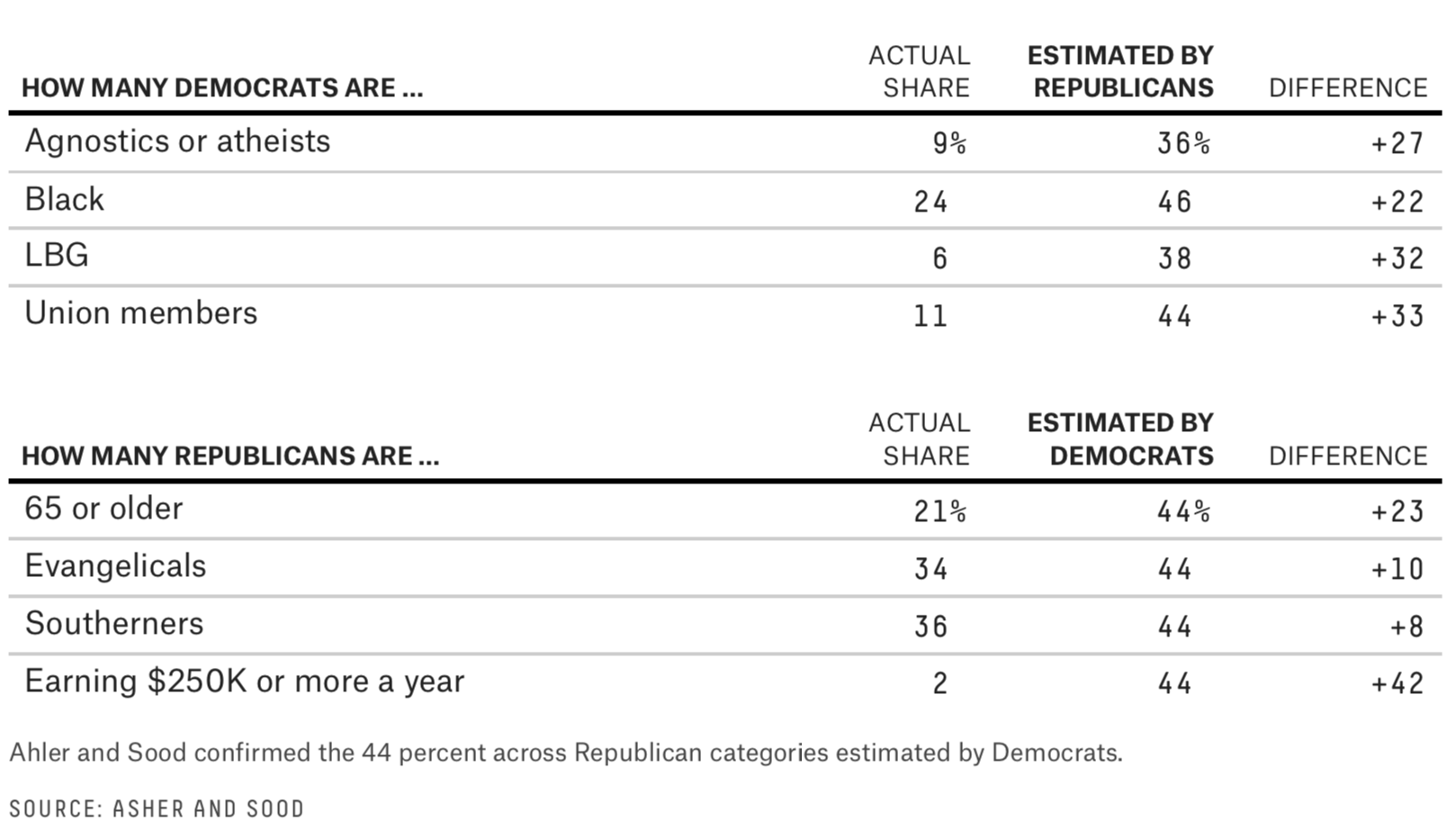 FINALLY, THERE IS the fragmentation of mass media from established privately owned local newspapers to corporate franchises and most recently to a cacophony of Internet voices. It has left us in a Tower of Babel. Nobody knows who or what to believe. We have no honest brokers of the public discussion.

The above table demonstrates the effect of that, showing the large spreads between what Americans believe about members of the other political party and what is fact. Projecting that out, our views on public policy and issues are mere guesses, not to mention how we see absolute natural rights such as private property and free speech. (3)

Given that, you are afraid to survey the citizenry on the really important question: What makes the United States great, what makes our system so desirable compared with others? What makes us different than the historical default that is South America, the major nations of Europe, most of Asia and India (but not all, promisingly). Now, most sadly, even Great Britain is suspect.

A MEMBER OF THE FOUNDATION sends us a useful list of his information sources (4), all dependably documented. They may help with all of this. We pass them along to you this Fourth of July:

1. Dan Mitchell. “A Very Depressing Chart on Creeping Cronyism in the American Economy.”
2. Joel Kotkin, Wendell Cox. “Playgrounds for Elites: The Increasingly Left-Wing Politics of Leading U.S. Cities Clashes with the Aspirations of Middle-class Residents.”
3. Perry Bacon Jr. “Democrats Are Wrong About Republicans. Republicans Are Wrong About Democrats.”
4. Alicia Colon. “How to Read the News: A Guide for Truth-Seekers.”