Eight miles from Shelbyville at a place called Meltzer Woods, a remnant of old-growth forest thrives untouched by human development. It’s an oasis of tall trees in the midst of some of the most fertile farmland anywhere.

The 48-acre expanse is a powerful reminder that our history is older than our state. Many of these trees predated the writing of Indiana’s 1816 constitution; some are older than the Declaration of Independence.

“I have never been to Meltzer Woods with anybody who wasn’t awestruck by the power of nature,” says Cliff Chapman, executive director of the Central Indiana Land Trust that preserves areas like this on the public’s behalf. “Take a walk, and you’ll see for yourself.”

Meltzer Woods is one of the newest additions to his organization’s inventory, an acquisition made possible through a program called the Bicentennial Nature Trust.

In honor of Indiana’s 200th birthday, Governor Mitch Daniels established the trust in 2012 to protect natural heritage sites at risk of development. The state provided $20 million and Lilly Endowment $10 million to go toward matching grants that communities, government agencies and not-for-profits could leverage to purchase land from willing sellers.

Meltzer Woods was a priority project, Chapman explains, because there’s so little old-growth forest left. It’s what Indiana looked like before the pioneers – a time when 87 percent of our state was covered with hardwoods, compared to 20 percent today.

The Meltzer family has owned this land since 1857 when John Frederick Meltzer bought 160 acres for farmland. Over decades the farm expanded, and now Phil Meltzer and his son-in-law grow soybeans and corn on 280 acres, minus the forest, which they’ve left undisturbed.

The family sold the property to the Central Indiana Land Trust at well below market value to make sure future generations wouldn’t be tempted to sell it for its timber value.

More than 100 similar projects across the state have set aside woods, wetlands and recreational property for the public’s enjoyment. As examples:

These bicentennial projects have extended the legacy of the founders of our state park system, who a century ago realized that preservation of the natural heritage matters to future generations.

Our history, after all, is found not just in books and museums but in the world around us. It’s in the coal and limestone beneath our feet. It’s in the corn growing in our fields. It’s in the rivers that flow beside us and the trees that tower above us.

Thanks to the Bicentennial Trust and a Hoosier family’s foresight, it’s due west of Milroy in a place called Meltzer Woods.

Directions:
Meltzer Woods is at 1522 S. 600 East, Shelbyville. There is a parking lot on the east side of 600 East. The trailhead is across the street from the lot. 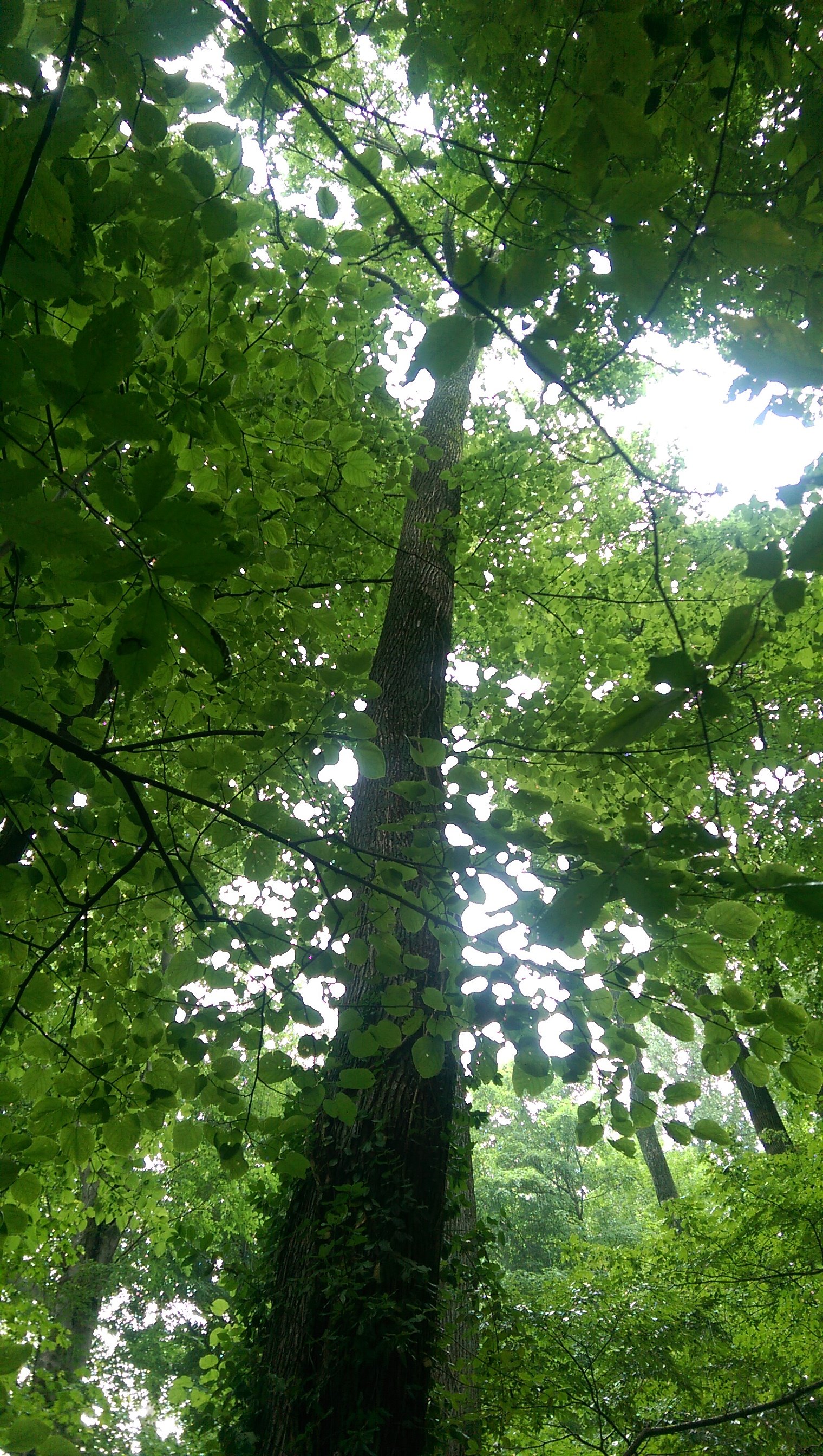 Caption: Slivers of sunlight break through the canopy of old-growth forest at Meltzer Woods.