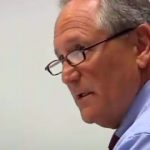 I contacted the North Carolina court system and was able to track down the email addresses of Judge Tennille and Philadelphia attorney Lee Applebaum. They were so committed to the promotion of business courts that they took their valuable time to discuss with me their work in business courts and any insights they could give me in developing such a court in Indiana.

Finally, I was able to attend the December 2012 conference of the America College of Business Court Judges at George Mason School of Law as an invited guest. At the conference, I had the opportunity to speak with business court judges from numerous jurisdictions around the country.

After hours and weeks of surveying the Internet to review articles, critiques and general commentary about business or complex litigation courts throughout America, I presented a “Proposal for the Consideration of a Business Court for the State of Indiana” on Jan. 2, 2013, to then Chief Justice Dickson. Justice Dickson and the other justices of the Indiana Supreme Court then met at a retreat to discuss numerous pressing matters before the court, among them my proposal for a business or complex litigation court for Indiana. The justices of the Indiana Supreme Court determined that it would be best to place the matter before the Problem Solving Courts Committee of the Indiana Judicial Conference.

About this time, I had decided to transfer from the civil bench into a new challenge in family law by taking over as the presiding judge at the Allen County Juvenile Center. Because I would no longer be a civil court judge and because I would have to learn juvenile delinquency law, I handed over my report to my successor on the civil bench, Judge Craig Bobay, and encouraged him to take up the issue. He appeared enthusiastic about it.

Judge Bobay and the Indiana Supreme Court have done a masterful job of steering the matter through the Problem Solving Courts Committee and a panel of judges, lawyers and business leaders in bring the matter to fruition. A pilot program of six judges and courts in Marion, Elkhart, Floyd, Lake, Allen and Vanderburgh counties is now in place. These courts are now “open for business” and it won’t be long before the first cases begin to be processed through Indiana’s new business courts. In a few instances business courts in other states did not survive and were unfortunately abandoned. While it is no certainty, I believe they will succeed in Indiana. Here’s why:

To summarize, the business community in Indiana is ready for a more efficient judiciary developing a predictable body of law and procedure for complex business litigation cases. When I was researching business courts, I had a complex business case in which counsel for one of the businesses involved telephoned my court and asked my law clerk when my decision in the case would be distributed. He told my law clerk that his client had a shareholders meeting in a few days and my decision would affect the actions taken at the meeting. That reinforced for me one of the reasons for such courts, the timely and efficient disposition of such cases.

Meanwhile, as many experienced attorneys will tell you, case precedent is obviously very important for lawyers. But it’s not everything. Building up a consistent approach to the steps along the path of litigation can be just as important. A consistent approach among the business courts to discovery, pre-trial orders and so forth can be just as important. Moreover, some law can be developed that doesn’t arise to the level of precedent. Precedent is established for lawyers when an appellate court decides whether the lower court is correct. The higher court’s decision to affirm or reverse the trial court’s opinion becomes guiding precedent for attorneys. But for a while, business courts will develop a body of law that is not appealed.

The six judges of our new business court can exchange and share their opinions and develop consistent approaches to questions of law before cases are appealed (if they are, indeed, appealed at all). They can develop a consistent approach without appellate or supreme court involvement. Opinions from the new business court trial proceedings will be posted online for counsel from around the state to review. These decisions alone may deter some filings and or help quickly mediate cases that have been filed in court.

Planning and thought have been put into the development of business courts in Indiana. Judge Bobay and his colleagues have done a good job of considering the matter. A committee composed of lawyers and business leaders have carefully pieced together the pilot approach of six regionally placed courts with new interim rules that are somewhat complicated but fair for the parties concerned.

I could list numerous other reasons why I believe that business courts in Indiana should and will survive and prosper. In the end, it is the litigants and attorneys who must exercise patience and understanding during this next phase and give such courts a proper chance to develop, grow and improve.

Judge Dan Heath, a member of the Allen Superior Court, is the presiding judge at the Allen County Juvenile Center. He wrote this at the request of the Indiana Policy Review Foundation.