The Year of the Narcissist (or Why We Can’t Dance)

“Several psychologists interviewed one day after (Gov. Rod Blagojevich’s) arrest agreed that he might be suffering from an affliction known as Narcissistic Personality Disorder.” (Dec. 11, Chicago Sun-Times)

A few of us will sit out the inauguration festivities. We’ve seen and heard enough. There’s no fun in pretending to celebrate the transition of one failed generation to another.

Members of my generation, like the self-absorbed characters in a Jules Feiffer cartoon, love themselves dancing. 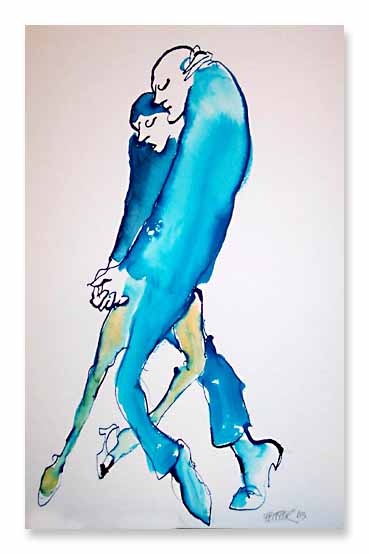 Peggy Noonan, 58, the political commentator, has another way of saying it. She acknowledges a view that sees the chairs of authority filled with a generation of “empty suits” — persons who were thought to be taking care of things but, to use the ballerina’s formulation, merely liked themselves managing or governing.

The economist Dr. Thomas Sowell, 79, describes mine as a generation with a perpetual adolescent vision, one where there are only “attractive, win-win ‘solutions’ instead of those ugly trade-offs that the rest of the world must live with.”

Earlier generations of Americans learned from “experience,” which, Dr. Sowell reminds us, is a fancy word for the mistakes we belatedly realize we make when reality forces us to pay the price of being wrong.

Sowell goes on: “Those who are insulated from that pain — whether by being shielded by the welfare state or insulated by tenure in academia or in the federal judiciary — can remain in a state of perpetual immaturity.”

The social scientist Charles Murray, 65, sees all of this in the collapse of those societal mores that once defined adulthood, particularly in the loss of a gentleman’s code: “To be an American gentleman meant that one was brave, loyal and true. When one was in the wrong, one owned up and took one’s punishment like a man.    . . . These used to be rules. Now they are jokes.”

It seems, then, that six decades of peace, prosperity and liberty, all inherited from two centuries of heroes, have produced just this: A generation grown to middle age without ever having met an absolute or, indeed, ever having had to grow up.

So what about the next generation?

In the recent presidential campaign, the two examples of arrested development we call the Me Generation and Generation X merged with the real-time adolescence of Generation Y to blithely enlist in a political movement without definition or coherence. The result was a narcissistic mob — a democratic one, to be sure, but one oblivious to economics, history or constitutional constraint.

“The symptoms of Narcissistic Personality Disorder include a feeling of superiority and self-importance, a sense of entitlement; fantasies of unlimited success, fame, or power, belief that he or she is special or superior in some way and can only be understood by, or should associate with others who are like them, use of others to achieve own ends, lack of empathy, seeks to hurt or destroy the objects of his or her frustration, behaves arrogantly and haughty, ‘above the law.'”

Without causing undue alarm, it is important to know that both Adolph Hitler and Joseph Stalin were diagnosed with the disorder. A recent study shows that people who score high in narcissism tend to take charge in confused times — the narcissist, ever focused on self, being incapable of confusion.

And finally, researchers tell us that narcissists tend to marry other narcissists. It is possible, please know, for an entire generation to fill with these troubled souls.

But as Dr. Sowell hinted, there’s a cure. It involves the experience of watching powerless as one’s family, friends and neighbors are brought to their knees economically, socially and spiritually by the consequences of a failed leadership, of too many half-formed minds in positions of unchecked authority.

Poverty and strife, God willing, can shock a people back to reality and eventually sanity. We can be forced to grow up. There will be the opportunity to rethink what exactly it is about dancing that we love.

T. Craig Ladwig, editor of the Indiana Policy Review and a former editorial writer for the Washington Times and Kansas City Star, served on Capitol Hill as an aide to Sen. Nancy Landon Kassebaum. Contact him here.